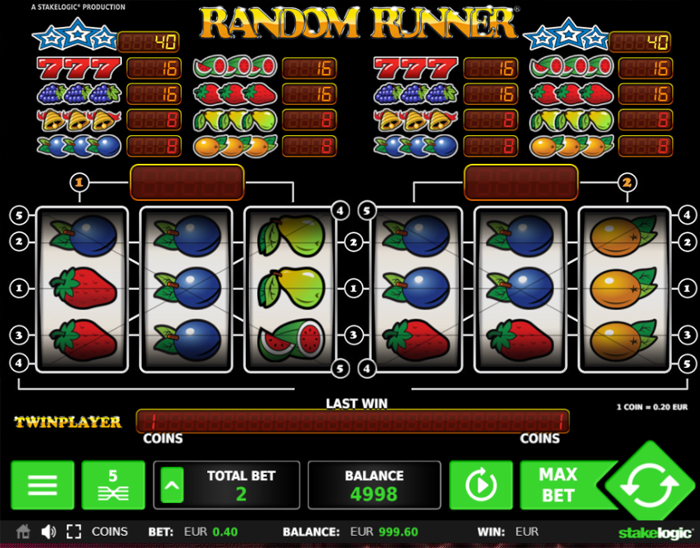 Random Runner is a very well-known slot machine, and it has been around for several years. It is very likely that, when you look around casino’s and so called “gambling halls”, you’ll find at least one Random Runner slot machine. It’s popular for many reasons, but one important one is that the machine only has one button. You insert a certain amount of money, hit the button and the Random Runner slot machine will just spin the reels until the money you put in is gone. With the birth of the internet, it has been much simpler to play games like these. It works just about the same way, but when you play Random Runner on the internet, you don’t necessarily need to put in any real money. You can play the slot machine for fun and for free, but keep in mind all your earnings are worthless, too.

How do I play Random Runner?

When playing Random Runner, you might find yourself a bit puzzled. You see, your bet doesn’t always stay the same. When playing in the bottom part of the machine, your bet lowers itself every turn by 1. Playing in the “Winbank” means that your bet lowers itself by 4 every turn. This means you’re going to need a keen eye and a sharp mind, so that you can withdraw your earnings at the right time, because otherwise you’ll have wasted several turns. Playing the “Winbank” is always optional. You are not obligated to ever play in this part of Random Runner if you don’t want to.